Termite Colonies: How Are They Formed?

Termites are one of the most common pests that people have to deal with in their homes. They can cause major structural damage and be nearly impossible to get rid of without help from a specialist for termite control.

However, termites are not just annoying insects; they also form colonies or “communities” similar to humans! But how exactly do these colonies form? Let’s find out!

How Termite Colonies are Formed

Termites are considered to be social insects or insects that live in a colony consisting of several members. They are divided into different castes or types of termites within the colony, each having its own role to play in taking care of and feeding their young and maintaining the colony’s health.

In roughly six to seven years, termite colonies reach maturity, where alates (swarmers) are formed. Termite swarmers range in color from brown-black to pale orangish-brown and are roughly 14″ to 3/8″ in length, with whitish or smoke-gray wings.

During a specific time of the year, termite s Male and female swarmers leave their nest to join thousands, if not millions, of other flying termites on a mating flight.

After mating, female swarmers lose their wings and search for a suitable place to start a new colony. Thus, swarmer termites are the sole reproductive members of a colony and play an important role in maintaining the population. A colony of termites is formed through them.

The queen is usually very large compared to other members of her colony and has an immense abdomen that swells up over time with eggs she will produce for years! She spends most of her life laying those eggs, which can number around 15 million per year.

Her wings also don’t work since they’re not needed to fly, so she pretty much just stays put deep within the safety of her nest where nobody else can bother or hurt her.

Worker termites are the ones in charge of gathering food, building the colony’s nest and caring for their young. Worker termites are often sterile, which means that they are unable to reproduce. They vary in size depending on their role within the colony; for example, major workers tend to be larger than minor workers who perform more menial tasks.

Soldiers are the ones that protect their colony from any kind of danger, such as enemy attack and other forms of disturbance which may affect them.

They have large heads with sharp jaws to help fight off predators who try to attack their homes. Since they’re often stationed by the entranceways into the nest, these termites act like gatekeepers for incoming threats looking to harm their community.

Like many members in this type of colony, soldiers cannot reproduce since it is not necessary for them to do so; instead, they focus on protecting their family against threatening forces outside trying to get in.

Termites that reproduce, or as we call it, “swarmers,” are what you usually see flying around outside.

They are also known as alates, which is a learned behavior from the termite colony they come from and serve as their sole reproductive members until mating occurs in midair with other “swarmers.”

Afterward, female swarmers will land to try and find a new place to start a colony of their own.

The new colony is a branch off from their original colony and now has a new queen that is laying eggs for this new family to grow. Soon, the young will hatch out as workers who go about gathering food and building shelter while protecting against dangers such as predator attacks which can devastate an entire community.

Once swarmers are produced from this colony, the process of colony-forming begins all over again.

One of the most significant topics to understand about termites is how colonies are formed. Colonies, which may have up to 1 million workers and a queen, live in nests that they build from soil and wood.

The colony starts off small but can grow for many years by adding new members when other colonies fail or if their home becomes too crowded.

There’s plenty more we could talk about with termite biology; be sure to contact us if you want help understanding these insects better and, of course, if you’re looking for someone to assist you in removing those annoying creatures! 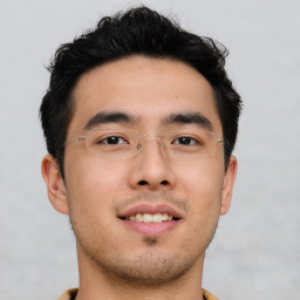 Eric Tan
Eric Tan is a certified termite control specialist who has been in the industry for over 10 years. He founded Pro Termite Control to provide his customers with quality workmanship and competitive pricing, while still being able to take care of their homes as if they were his own.